Among the game consoles, Microsoft Xbox series accessories are the best for Windows support. The current mainstream operating system Windows 10 can map the content of the host to the computer, and the Xbox One controller can also seamlessly connect to Windows. Not only that, with the help of third-party tools, you can also implement new and strange methods, such as Gopher360 turning the Xbox handle into a mouse. 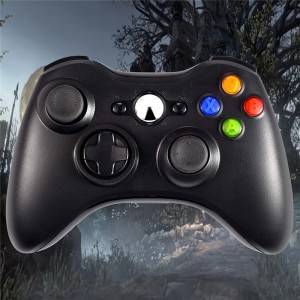 Multiple connections between host and computer

Today, the person in charge of Xbox One said that Microsoft is planning to develop keyboards and mice for Xbox One that can be used in games, so that not only will Xbox One’s control advantages in FPS shooting games be further increased, but at the same time input text and Chat messages will be very convenient. Not only that, but now the console’s game controller can also do something on the PC.

At present, the game console that streams media to Windows 10 can only control the part of the game, and the Windows operation has to rely on the keyboard and mouse to control the basic window functions. Have you ever thought if you throw away the mouse and keyboard and use the Xbox controller to control everything? Facts have proved that it can be done, and the whole process is extremely simple.

All you have to do on the PC is to download a program called Gopher360 (github.com/Tylemagne/Gopher360/releases), right-click the program and select “Run as administrator”. This is not an installation program but a similar process file. Once the program is running in the background, you can use the left joystick on the Xbox controller to move the mouse cursor at will, and use the right joystick to scroll easily. If you need to type text, go to the Windows control panel to open the virtual keyboard, and then you can use a handle to implement basic keyboard and mouse functions.

It will stop running if you close the program, so if you want Gopher360 to work as long as the computer is turned on, you can consider adding it to your startup folder. Open the run box and type shell:startup, and paste the shortcut of Gopher.exe into the opened window.