Since the quiet rise of computer games in the early 1990s, the ten-year situation has been a spark. Popular PC enthusiasts have a real chance to pay attention to this field full of business opportunities and lingering. Senior PC users with a history of more than ten years probably still have fresh memories of the game “Police and Thief”. Although from today’s point of view, this game is too pediatric, but it is undeniable that it still made many people excited. 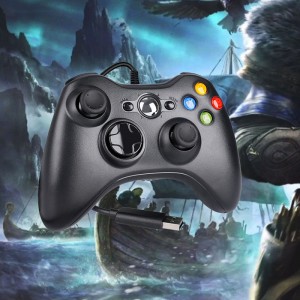 It is precisely because of the popularity of computer games that special control devices dedicated to games have also begun to attract the attention of game lovers. Many game enthusiasts may have this experience. If you want to be comfortable in all kinds of unpredictable and fiercely contested games, it is far from enough to rely on Keyboard, MOUSE or their combination. This led to the emergence of game-specific control equipment.

The earliest type of game controller appeared was a gamepad (GamePad), and then various joysticks (Joysticks, also known as joysticks, joysticks or joysticks in some media) entered the market overwhelmingly, with almost one super player. Later, the professional steering wheel (Wheel&Pedal) became an indispensable important “weapon” for super players. When the childhood dream of flying in the blue sky is now “come true”, when driving a war eagle for air combat, you can truly appreciate the role of special equipment such as the steering wheel in large-scale action games is absolutely indispensable.

Many gamers know that since the processing speed of computer CPUs has become faster and faster, some friends who originally patronized “arcade machines” (large game consoles seen in entertainment venues) have begun to switch to computer games. In order to meet the needs of these “players”, manufacturers have introduced special joysticks to cooperate with PCs to make computer games have a “qualitative” leap. Although ordinary joystick playing games is far different from keyboard and mouse, but in real-life simulation games and in high-difficulty action games such as flying into the universe, exploring alone, flying airplanes, and fighting shooting, the sense of reality is that Still unsatisfactory, for this reason, the continuous innovation of various manufacturers has made the joystick and steering wheel with ForceBack (force feedback) function finally stand out. 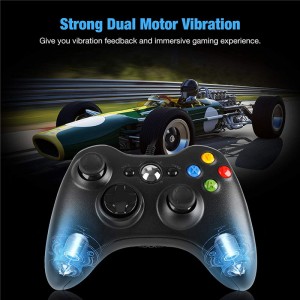 Nowadays, although the variety of professional control equipment developed for different types of games is endless, the products that are really put into practical use can be classified into three types: handles, joysticks, and steering wheels (as for others such as Products such as flight simulators, dancing mats, VR helmets, and VR glasses are only in the trial stage. As for when they will be popularized, it is still unknown). They have their own advantages and use their strengths and avoid weaknesses. It can be said that none of them are missing in the computer game field.